Recapitalisation enabled New Investment in and the further Development of Bosnalijek

The sale of state owned capital and the successful recapitalisation of the company further strengthened the position of Bosnalijek and thus met the prerequisites for further development and investment. 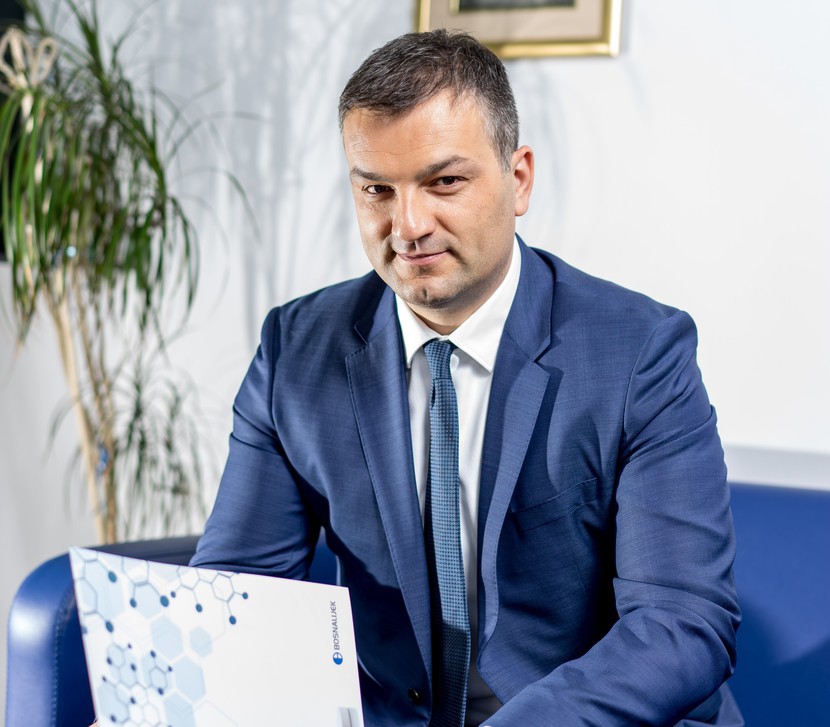 During an interview with the FENA news agency Nedim Uzunović, CEO of Bosnalijek, emphasised, "Already at the present moment we can say that the entry of a new investor that recognised the quality and outlook of Bosnalijek will enable investing in new technologies and broadening of production.”

In his first media appearance since the Government of the Federation of Bosnia and Herzegovina sold its capital share in Bosnalijek (amounting to 19.25 per cent) and the subsequent recapitalisation, Mr Uzunović stated that the greatest domestic pharmaceutical company entered this business year with much optimism.
Mr Uzunović proudly stated, "Year after year our ranking scale has been increasingly higher and our business results for every year are better than the previous year. Net revenue to the amount of 136 million BAM was realised in 2016, which represents an increase of 22 per cent compared to revenue at the end of 2012. Income before tax almost doubled in the same period, rising from 6.5 to 11.8 million BAM, while growth in profit margins rose from 6 to 9 per cent. A jump in income and profit was followed by a rise in the company's asset value, which went up by 39 million BAM in the observed period and amounted to 228 million BAM in 2016.”
The Chief Executive Officer accentuated the fact that Bosnalijek's liabilities to financial institutions have halved since early 2013. The net debt to EBITDA ratio, as the most important indicator of indebtedness in the financial world, declined from 2.4 at the beginning of 2013 to 0.5 by the end of 2016.
Mr Uzunović added, "Bearing in mind the new shareholders' intention to continue with the development of Bosnalijek, we shall open a new facility for liquid and semi-solid dosage forms of medicines. Our current manufacturing facility has reached its maximum and for this reason we shall invest in new facilities and consequently in creating jobs in Bosnia and Herzegovina. This will have great significance for the total economy.”
The number of employees in Bosnalijek has grown continuously over the last couple of years: 51 new work positions opened in 2016 alone. Business development and increased production relate directly to a rise in sales on international markets.
The CEO further pointed out that, "Bosnalijek products are present in 17 markets with placement of medicines in as many as five new countries ensured over the past three years. We have commenced operations in Armenia, Kazakhstan and Somalia. After a two-year pause, the Yemeni market was activated again in 2013. The Libyan market has also been activated after a pause of six years, because of events of war in that country. We have quite ambitious plans for the international markets, which is why we invest a great deal in the certification of the quality of our medicines. The medicine’s quality is primary and unconditional for us. This is justified by the fact that in addition to local, EU and UKR GMP certification Bosnalijek has been granted the GMP certificate of the Russian Federation. This will assist us in further strengthening our position on the Russian market.”
Mr Uzunović added that despite constant media attacks and attempts to criminalise this company Bosnalijek's business operations in Bosnia and Herzegovina and abroad are revitalised.
"As a joint-stock company, Bosnalijek has very strict supervision over its operations through both the Assembly and Supervisory Board as well as through external and internal audits. External audits were performed by the renowned company Deloitte over the last couple of years and all of their findings were positive. We also conduct an internal audit, which is carried out by the owners. Any good-intentioned person can see for themselves that the business operations of Bosnalijek represent a good example and that they are above all of the standards present in Bosnia and Herzegovina and the region.”
Mr Uzunović stressed that Bosnalijek has not neglected its social responsibility. The company has awarded scholarships valued at approximately 500,000 BAM during the last four years and allocated sponsorships and donations worth more than 570,000 BAM over the said period.